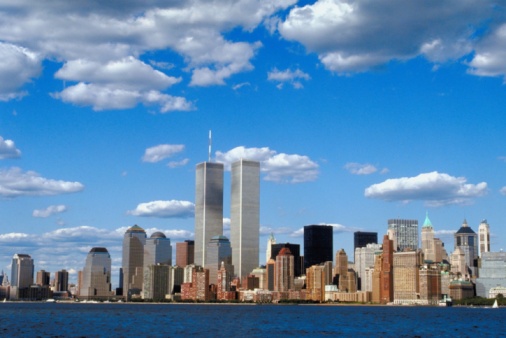 Casually asking Twitter anything is a dangerous sport – none moreso than when discussing the September 11 terror attacks.

Without ado, or too much editing, here are the responses I recieved when I asked Twitter users where they were when they heard the news.

Some woke up directly to the news
LittleIchiban I’d fallen asleep with the TV on so I woke up at 5am to it being broadcast, thought I was having some crazy dream
Margie186 Woke up to messages from US friends and didn’t grasp the enormity and horror at first.
jinnee79 I woke up from a nightmare about a plane crash in Sydney. Turns out it was the news on my clock radio alarm
splatdevil My dad came in to my room, waking me up, telling me they had collapsed. We then watched the coverage and talked of nothing else.
amandimoo At home. Hubby was doing late shift, woke wondering why he hadn’t come to bed in time to see the 2nd plane hit. Glued to TV from then
nicki_nz Woke up to the news on the radio. Grabbed my kids and made them watch it, realising it was one of those life moments.
PaMelville Alarm clock went off with Kim & Corbett sober and quiet. TV went on. Boom. Spent day doing corporate massage to very tearful people.
rmccarten Woke up to news blaring on radio. Husband said in dazed state “woah, this is massive”. Watched tv coverage before and after work
alliekatnz woke up at the exact time the first tower collapsed and looked and the clock wondering why was I awake. I turned on the radio…

Many were disbelieving
ogamu I was chatting to a friend in NYC on MSN when the first plane hit. She ran to her window and was like OMG the WTC is on fire!
brenasmith I had just got my PC working with a tuner card, couldn’t believe what was on, ended up with TV and PC running just to be sure.
AliCopeman Got up early for breakfast out with colleagues. CC turned on TV One Breakfast and let out a stream of expletives
Al_2c 10 years ago I was working with two Americans whom I love dearly as we watched the horrors of 9-11 unfold!
duncn I watched it live on tv. Saw the second plane hit. Absolutely chilling. We didn’t know what was going to happen next. Very scary.
bookemdanno At work, following online and on TV. Numb, in shock, and dimly aware that we were watching the world change. Scared.
brentrobinsonz I was working at DSE, heard snippets on the train into work, sat in front of a computer watching a low quality stream of CNN
Guinea6 I just got back from a run up One Tree Hill. Sunk into the couch speechless ’til the flatties woke up 🙁 Seems like yesterday

Others were left with plans hanging
chrisjquin In Rotorua after our sales conference, was due to fly to San Fran on the 11th our time… Never left on that trip for 3 months

For one, it was a birthday they’d rather forget
NanaJ9 Waking up, it’s my birthday and I get a text “Happy Birthday, by the way New York is being bombed”

Some were expecting new life
WendyWings Asleep and nine months pregnant, my husband called and told me to turn on the TV
karenhurley Me too…
allstarangel I was 9 months pregnant too! Son turns 10 next Sunday. Mother in law woke me up at 6am and turned on tv. There is a photo of me in labour reading a paper with Osama on the front page
Kiwi_Chatter Lauren was pregnant too.
kittengloves I feared for our unborn child’s life. Thought the world was ending
MrReasonable Hospital waiting room with very pregnant MrsR. Office phoned me to get in as there was panic in the markets. I stayed with MrsR.

Some had wee children to explain it to
tellywriter The teens (then 3 & 5) came in to say there were no cartoons on TV, just news. I said they had the wrong channel. But they didn’t.
sarabeee I had to act normal and cheerily feed Timbee in his highchair, not quite 13 months.
TelcoKT A friend was at home with her newborn (8 days old), feeding her and wondering what world she’d brought a child into…

… And some were just young themselves
Edaemus I was eleven years old and in bed. I remember lying there watching it on my little TV, completely baffled. Surreal memories.
KrystleF I was in 5th form, had just woken up, heard it on the radio & ran to the TV, it was all we talked about at school that day
br0kenbutterfly Was home sick from Year 6 at school, thought it was WW3.  Then our schoolwork was based around it for ages.
akianz I was home, my parents woke us up and we watched the news in horror until we had to go to school.
tinopai I was 8 years old getting ready for school. The most memorable morning of my young life. Just shocking.
lilyandalma I ran and woke my parents up and we watched the whole night- after them telling me off for being up so late on a school night.
KirstiGrant Was at boarding school, had business studies 1st period. I remember the teacher attempting to incorporate it into the lesson.

Some were overseas
genebrarian I was in London. My (English) husband received confirmation of his New Zealand residency on the same day. *Sigh of relief*
TophHooperton I was watching Neighbours. The news interrupted it and I sat in that spot watching it go down all day. Seemed like a dream.
TelcoKT In the UK. Financing trucks. Watching it unfold at work. Freaky.
g33kytweet I was in Westlock Alberta Canada, just about to head off for a shopping road trip to Edmonton with a friend.
muffinmum Our stuff had been shipped to NZ the day before, a place we had never been. Was at one of last days of work at special needs school
ClaireLHuxley I was in Newcastle, UK. Working from home (waiting for our useless disappearing builder) the whole day watched in shock. We’d already decided to move here, that just cemented the decision.
kathadu At an internet cafe in Marrakech, reading an email from a London-based friend
Keri_little I was in a job interview at bank UK, came out of the room into open office of 300 peeps, everyone in groups in tears. I was So confused
NZ_judester It was my first ever week of teaching in Hexham, UK. Colleague came in, told us and we all rushed to library to watch the tv.

… Including in the USA
corinnespleen Living in the states… Spent the whole day watching the coverage – emotional day.
SoniaLee At work trying to locate my big brother who was in NY city that day for their first antenatal check up, he emailed me to say they were ok
kiwifrenzy Sitting on the end of the bed at Circus Circus, Las Vegas, getting ready to go to the Grand Canyon, and watched the 2nd plane crash on TV
honorarykiwi I grew up in Pennsylvania. People started getting called down to the office – being picked up. Announcement made around lunchtime. We were brought up believing we lived in an infallible, invincible country. One day, and entire world view shattered. Eye opening.
leahisaninja In LA, about to book a ticket to NY. Eep!

Some were freshly home
2covet I was back in my NZ bed after having been standing on top of the South Tower & visiting the Pentagon just a few weeks prior.
kennewell I had returned from the USA the night before. Heard on the way to work. We all sat and watched tv at work. 40 of us. In awe.

September 11 seems to be one of those moments – you know where you were at the time because it was history-defining. You knew you were experiencing a moment that would make it to the history books.

Feel free to leave your memories as a comment on this blog.