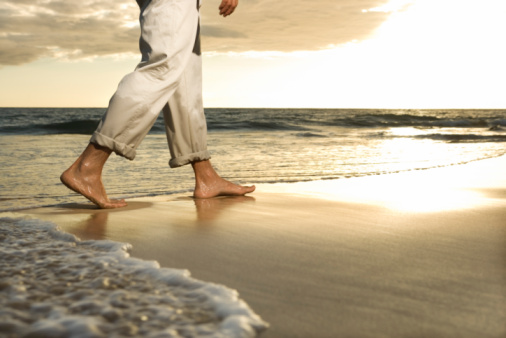 There’s an old saying: Don’t judge till you’ve walked a mile in someone else’s shoes.

It’s true. And we often forget it.

Today I spent a little bit of time with a friend who is in a rough place. Her work, home, and love life aren’t quite going to plan, and she’s struggling to stay positive.

And because of her general lack of cheer and smiley-facedness, she’s being judged harshly.

Rather than people saying “Oh, you’re having a hard time right now, I’ll show you a bit of grace,” they’re calling her out on it, adding to the pressure she’s feeling to stay in control, and suppress the bad feelings.

I felt I started the race ten paces behind everyone else, due to my more unusual upbringing. The anxiety I felt to cover up my “deficiencies” – as well as perform to an above-average standard – would build up and cause some terrible hurt.

It is really easy to sit on the peripherals of someone else’s life and call them out on all the mistakes we think they make. They’re not as nice as they should be. Not as patient. Not as tight-lipped or rational as we say they should be.

But little do we know what they’ve overcome – or are currently dealing with – just to be where they are right now.

Think of it this way: Identical twins are wearing backpacks. From the outside, the packs – and the muscles holding them up – look the same. But it’s not till you lift the packs yourself that you realise one weighs 20kgs more than the other. You’re not going to begrudge the twin wearing the heavier backpack the occasional complaint, are you?

How about this situation: A car accident happens, and one person is able to shrug it off, whereas another isn’t. Should they judge each other for their reactions? No. Perhaps the person who is able to shrug it off has had several accidents before, and this is minor in their scheme of reference… But for the other person, it’s a Big Deal. Neither is right – or wrong – just different.

It’s so easy for us to judge another on their reaction to something, but our ability to cope with things is dependent on many factors.

Communication. It is the glue that holds relationships together. If you’re struggling to cope, one of the best and bravest things you can do is reach out and tell someone what’s going on. Explain to your family, friends and workmates that you’ve got a lot on your plate, and ask for grace. Confide in someone you trust, and seek professional help if you need it.

There is no shame in admitting you don’t have it all sorted. You aren’t the first and you won’t be the last.

And if you’re on the other side of the fence, try to not judge someone because they react differently than you would. You never know how many miles they’ve walked just getting to where you already are.

6 Replies to “Walking a mile might save a friendship”