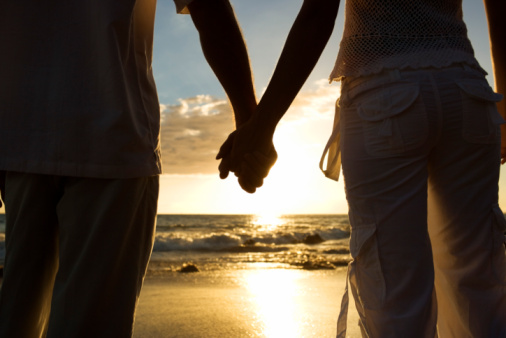 She was content to lay on the beach but I wanted an ice cream, so I left her to search one out.

What? It’s summer, and the shop was closed? I wandered along the road till I reached Starbucks – not exactly an ice cream store but the couple sitting outside slurping up iced coffee sold me.

I order. I wait. And just as I pick up my frosty beverage, an accented voice behind me said a nickname I haven’t heard in about 10 years.

I turn, and there’s a tiny, tanned woman standing there with a gigantic grin on her face. She looks vaguely familiar but I have NO idea who she is.

So I’m there, in a coffeehouse I never go to, at a beach I rarely visit, and there’s this woman…

I guess she worked out that I couldn’t place her and she said, “do you remember, about nine years ago, you were at this music festival, and there was a crying girl who you talked to all night?”

I remembered. She was alone, visiting from Canada, come to New Zealand to escape a boyfriend she didn’t know what to do with, unsure about her studies, and life in general. She had felt totally hopeless. I remember her confusion, and sadness. I remember talking to her for a good portion of the night, going over her thoughts, her hopes, her fears. Talking about the future, and just being there as she cried. I never knew what happened to her.

As she dragged me back to the table where she was waiting for a friend who was running late, she explained that she was back in New Zealand for a week, leaving tomorrow. She said that that night was a turning point in her life, and kicked off some changes. The boyfriend got the heave-ho, she finished her studies and got stuck in to the plans we had discussed.

As an 19-year-old, I had no idea what I was doing with the teary stranger who needed a friend. I just listened, and hoped my very basic “don’t give up; follow your heart” advice helped. It’s rare that you ever find those people and get the follow up story, but I was lucky enough to – and it had a happy ending.

Sometimes you never realise the impact your words carry, so choose them wisely.

And you’ll never know how a closed ice cream store might make all the difference.

One Reply to “You Never Know The Impact You Have”