Today Facebook announced changes to their news feed, in the name of transparency and ease. Arguably the most important part of Facebook, the news feed as it appears on your homepage is determined by a number of key indicators including popularity of the update, the amount you’ve interacted with that person or page historically, how many people have created a negative action against the update, and the spend attached to promoting the update.

Facebook say that on average there are 1500 potential stories that can be displayed to you every time you visit your news feed, and that means you’re going to miss a large number of them. You’ll miss more because of those filtered results, you’ll only scroll through 57% of them. The update to the algorithm means you’ll see more of those missed updates. 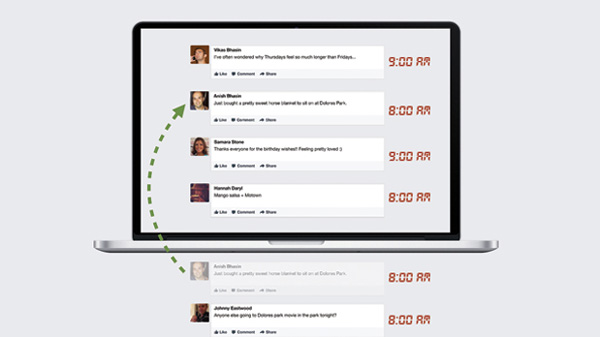 The early data indicates a 5% increases in engagement to posts from friends and family, and an 8% increase to engagement on organic posts from pages. The changes do not impact reach of paid spend.

As always, content is king. Creating great, timely Facebook status updates that users want to share with each other will have more impact than trying to game a feed.

“For page owners, this means their most popular organic Page posts have a higher chance of being shown to more people, even if they’re more than a few hours old,” Facebook’s Lars Backstrom said in a blog post today.

So, good news for page mangers who rely on organic reach, and hopefully a better UX for Facebook users.