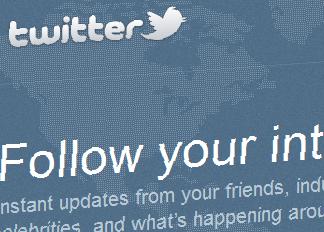 But lately many high-profile users are abandoning the interface, and the reasons are just as varied.

When I put a call out on Twitter about twittexhausion, I thought I had a fair idea how this blog would turn out. Well, I was wrong.

I was inundated with messages. It seems there’s a fair amount of long-term, high-level users who are about to put Twitter onto semi-permanent hiatus. Why?

Shortland Street called, it wants its storyline back

“Did you hear @someone just lost their job?” “OMG did you SEE her tweet?” “I heard that @suchandsuch has hooked up with @thatguy!” “My life sucksssssssssssssssssssssss.”

It’s exhausting, and yet we get sucked into dramas and whines that aren’t even ours.

“So many gloaters, whiners and gossipers,” one user said. “When did it get like this?”

“I’ve almost stopped tweeting as was getting so worked up reading other people’s comments. My stream full of whining! Time off = good for me,” another user tweeted.

“The ridiculous immaturity of some users at times. The gossip. The scandal. The negativity. The drama,” one user said.

“I was worrying and getting angry about things that just weren’t important or getting sucked into dramas without even contributing to them, or knowing the people involved – dedicating head space to the dramas of strangers is just stupid,” another person messaged.

This leads nicely into point two:

Several high-profile tweeters were targeted recently by a bully who posted inappropriate content about them, and a group of young women were targeted by a local tweeter who wanted to see nude photos, then chastised them for not sharing.

“It’s hard. It makes me feel gross. I’ve blocked him now but I feel uneasy when I see other people talking to him,” one user said. “I want to tell them all what he said to me but I don’t want to bring it all up again. I’d rather leave it alone.”

“Enough with the faceless, nameless people who hurl abuse!” another high-profile tweeter said.

I am not my workplace

For those who use Twitter openly for both work and personal use, the pressure to stay “on brand” and above-board can be overwhelming.

As one community manager puts it, “people keep asking me work questions on my own account. I was hoping for some time out but there’s no down time when people know where you work.”

“People’s expectations don’t match reality and that’s taken the fun out of Twitter for me,” another user writes. “People expect me to be on call for them 24/7, and then they abuse me when I’m not. I’m feeling frustrated, sad, overwhelmed and over it.”

“The need to be the most RTed, or replied to or doing that thing where you don’t RT properly and you mangle my carefully crafted tweet by shortening words,” one tweeter said. “Or worse: Make it into a tweet that uses deck.ly or twitlonger, just so you can get your name in front of it. That still pisses me off.”

The fakes and the wannabes

“The charlatans, the fakes, the really fucking bad writers who publish blogs about writing and engaging with people but with spelling mistakes. It is as damaging to your brain as watching the E! channel without any of the shows, just the loud, shouty, vacuous promos,” one Twitter user said. “And even though you don’t have to, you’d find yourself clicking links and ingesting the rubbish.”

“Twitter is getting overwhelmed with social media gurus who are regurgitating the same stuff, then wanking each other off over it,” another said. “New Zealand is too small for that kind of crap. It puts me off them and using Twitter.”

“The bigger twitter gets, the more it reminds me of High School, and then [I] worry I’m not cool enough,” another user wrote.

Simone McCallum has blogged about her experience of nearly giving up Twitter – give it a read.

So what can we do about twittexhausion?