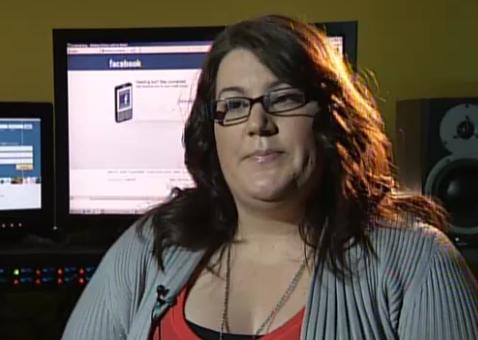 Why are so many women practitioners of social media in New Zealand, but so few willing to be the face of it at events and in the media?

Let me start by telling you a story about one of the last social media events I went to. It was a night where two men and a woman were sharing their thoughts on social media in New Zealand. It was the usual setup, with the audience encouraged to tweet their thoughts to the big screen via a hashtag.

The first speaker was nondescript – I don’t remember anything about his talk. The second was a fairly unusual looking guy, but all the feedback for him was around the points he was making. The third was a high-profile woman who was making many excellent points and offered the most insight of the three.

But the comments on the big screen were about her legs, and her knee-high boots – and they were coming from high-profile male social media personalities. In fact, one gentleman went so far as to comment about her good looks during question time, which the female speaker awkwardly laughed off.

I looked at several large social media-themed conferences in New Zealand. 84% of all speakers and 90% of key note speakers were men. Women made up just 14% of “quickfire” sessions, and only 25% of panels.

Who knows! But there are a few of things at play: Are women being asked to participate? If they are, is the Imposter Syndrome, which is supposedly more likely to affect successful women, causing them to decline? Is the additional abuse women get when they represent the voice of authority stopping them from repeat performances?

Wait – what was that third one?

Are women more likely to be called names for putting themselves in the public space?

Claire Robinson is a professor of Communication Design and a political comms and marketing commentator in Wellington. She wrote an excellent post about sexism in media, and related her own story of being called names after appearing on TV, whereas the gentleman who appeared alongside her received very little vitriol.

“In the previous three elections I never received one piece of criticism. That changed in 2011, with the social media revolution,” she wrote. “During the election campaign I received and read what I considered unpleasant personal criticism in the social media.”

She lists the names she was called. It’s not pleasant. People attacked her personally, her job, even her children. A parody account was started on Twitter.

She goes on to write that, “I searched the internet at the time to see if fellow political scientist Jon Johannson was receiving similar personal attacks. Aside from the odd accusation of him being a lefty, there were none.”

I had my own experience of this. About a year ago, after appearing on the news to comment about social media and the election, I was called ugly, fat, a “self-proclaimed guru”, and someone tweeted something along the lines of “what would she know”. You learn pretty quickly to never search your own name on Twitter.

Once I sourced another social media person to speak on camera about a technology issue; A women who had recently moved to the country but who had a distinguished career overseas in the online space. The outrage poured on her by the Twitter community was astonishing. How dare this unknown women comment on NZ technology! Who did she think she was?!

And yet unknown men sometimes feature, and no one comments. Men appear in print, radio or TV, whose backgrounds in the social space are, in my opinion, chequered or unproven, and people don’t seem to question them, and certainly never comment on their looks.

When I mentioned I was writing this, Jacky Braid kindly pointed me to this article about Cambridge professor Mary Beard, which is worth a read.

So in a nutshell, there’s plenty of anecdotal evidence that women putting themselves in the public eye are more likely to get abused – is there any research?

The research is bleak.

There’s plenty of international studies out there, I don’t need to regurgitate them here.

In her post, Ms Robinson noted that Corin Higgs completed local research that found that on blogs, social media and other outlets, criticism of female pundits tended to be more personalised than criticism of male pundits.

I’ll end up quoting her entire article soon if I’m not careful. Please go and read it.

I am all for getting the best person, regardless of gender, into the media and at conferences to talk about social media, or any other area. But I do think there are issues around getting women connected to the conference creators and media producers, around dispelling myths about women’s opinions not being as valid as men’s, and dealing with all the nasty crap on social media that happens afterwards.

So leave me a comment, share your thoughts… Just don’t write this off because I’m a woman.

7 Replies to “Sexism and [Social] Media”