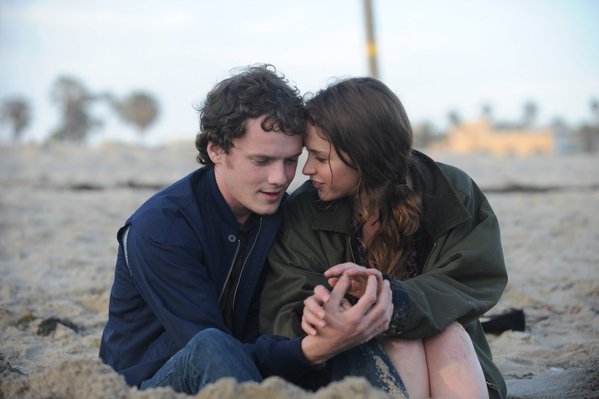 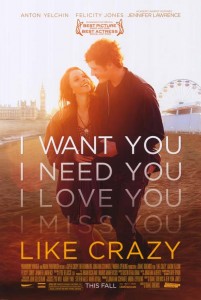 Last night I had a chance to see Like Crazy – a love story that is both surprising and honest.

Set on a backdrop of beautiful cinematography, their love story slowly grows from initial long looks into a much deeper connection. I found myself both rooting for and frustrated by the characters. I needed to know how this one ended, and I wanted it to be a happy one. Was it? You’ll just have to watch.

The film has picked up a few awards, most notably the Grand Jury Prize at Sundance, and a Special Jury nod to Jones for her acting.

Like Crazy will be in New Zealand cinemas from February 2.